Melodi Grand Prix (MGP) has been the traditional selection format in Norway for 53 years, and this year’s version of the show contained only one final. Ever since 2006 MGP has held semifinals, but since Eurovision celebrates 60 years this year, they decided to go back to old habits. One big final with eleven entries, and a live orchestra. 800 entries was received, and an expert jury picked eleven acts to perform in the final. The public decided which four songs that got a place in the golden final. Then, they decided that A Monster Like Me should be the representative. Erlend Bratland with his song Thunderstruck came second.

The male half of the duo, Kjetil Mørland, is a Norwegian singer and songwriter. Since he has been living in the UK for a while, he has released an album with a British band, Absent Elk. He is now back in his home country working on his first solo album. Kjetil contacted Debrah Scarlett after seeing her perform in the Norwegian version of The Voice, where she ended up in second place. He thought her voice would fit A Monster Like Me, and even though they did not know anything about each other up to this point, the result turned out great. Debrah has lived most of her life in Switzerland, but is now back in Norway to work with her musical career.

Mørland and Debrah Scarlett will represent Norway in the second semfinal, on May 21st.

ALL ABOUT VIENNA 2015 ON OUR INFO PAGE 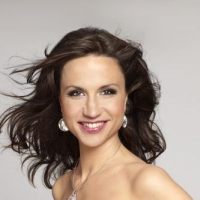 ESC Webs is a fan site, bringing you the latest Eurovision Song Contest news daily since 2009. The 2015 song contest is to take place in Vienna, Austria between May 19 and 23.

Times on this site are Central European Times